One of the interesting things about researching Alan Moore are finding odd little things in his work that I've never noticed before.

My research on his early work has drawn out some interesting early examples of ideas he reuses in later work. This episode from 'Roscoe Moscow' (dated November 3rd, 1979) is really interesting: 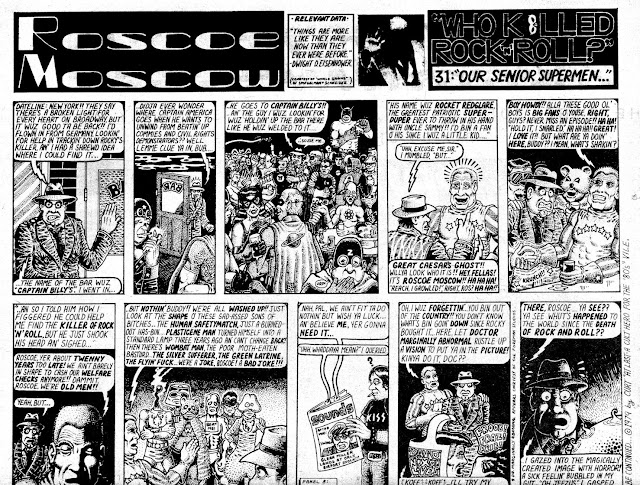 Look at the opening speech balloon, particularly this line - "They say there's a broken light for every heart on broadway". I knew I'd heard or seen that somewhere before, and then I realised that it's
the opening line in 'This Vicous Cabaret' from V for Vendetta (Warrior #12, August 1983): 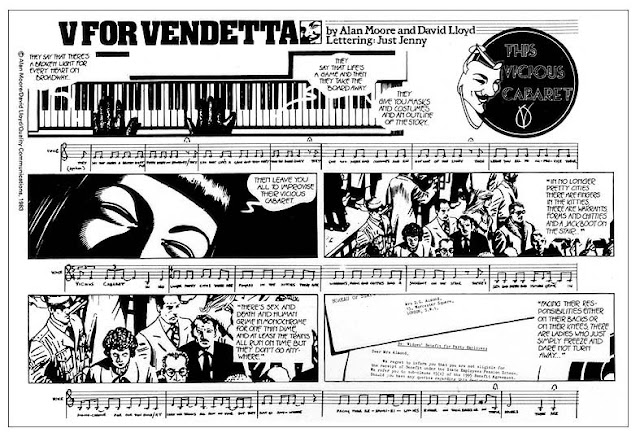 The audio version can be heard here﻿

I was also sure I recognised Captain Billy's Bar from somewhere, and I was right. Moore uses the name in his and Don Simpson's In Pictopia (Anything Goes #2, December 1986): 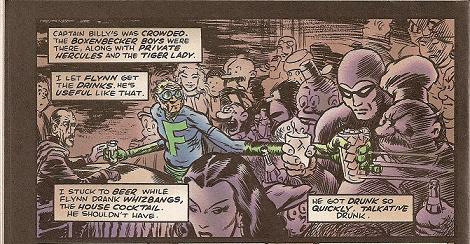 I wonder if I'll find any more similar examples as my research continues?

Posted by Andrew Edwards at 4:34 AM